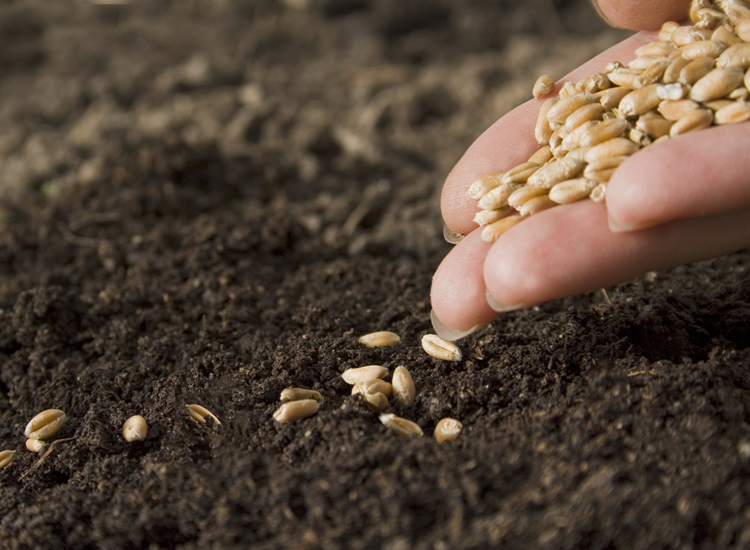 Propagation of seed potatoes in third countries offers a great future for potato cooperative Agrico. According to director Jan van Hoogen, there is little room in the Netherlands for expanding the acreage of seed potatoes. “Local production abroad is an excellent alternative for us.”

Agrico is a cooperative of potato growers (see also box). Just like HZPC, Agrico is among the world leaders in potato starting material. Dutch trading houses together hold 60% of the global trade in certified seed potatoes.

The last financial year (2016/2017) entered the books as one of the most successful in Agrico’s history. Never before did the company deposit such a large quantity of seed potatoes and the cooperative could pay so much money to the members.

The consolidated turnover increased by over 20 million euros to 289 million euros. 30 percent of this turnover was realized by subsidiaries in the Netherlands and abroad. The increase in turnover was achieved mainly in the seed potato product group.

The demand for seed potatoes from Agrico varieties was good in all markets. The company also benefited optimally from the growth of the potato processing industry. Low potato production in many growing areas led to upward pressure on sales prices.

Especially the achieved successes in breeding determine the strong position of the trading houses in the world, says Agrico director Van Hoogen. “The Netherlands excels in the development of varieties with high yields and good resistance to diseases. With new techniques, such as DNA-marker technology, we are able to accelerate the breeding process. That way we stay ahead. “

According to Van Hoogen, his cooperative distinguishes itself in the development of varieties that are resistant to the fungal disease Phytophthora. “We started doing this 30 years ago. We now have varieties available that are phytophthora resistant and highly productive. This is partly due to the innovation in the field of breeding technology. “

In 2016, Agrico received the so-called Ambassador Prize for its activities in Kenya:

Van Hoogen is optimistic about the sales in the coming years. Especially to countries in East Africa, the Middle East, and Asia. “In those regions, the population is increasing rapidly and the level of prosperity is rising. The potato is seen by many people as a high-quality food crop. The growing demand stimulates the production and that in turn leads to more demand for seed potatoes. “

The Agrico director notes that the government sees the potato as an important supplier of nutrients in many countries. “Rightly so. Moreover, the potato is a crop that can grow with relatively little water. Our crop can play an especially important role in nourishing the growing world population, where climate change is also a challenge. “

In 2016, Agrico received the so-called Ambassador Prize for its activities in Kenya. The jury was impressed by the cooperative’s contribution to the food supply in the country. Agrico propagates seed potato varieties in Kenya and provides information to potato growers.

“Our goal is not only to sell seed potatoes but much more to develop and strengthen the entire chain. That starts with the farmer. High-quality seed potatoes are no guarantee for a high yield. Improvements are also possible in soil cultivation, fertilization and disease control. “

The average production in Kenya is now about 5 tons per hectare. That can easily go to 30 tons. “That only works with knowledge transfer. As a cooperative, we feel responsible for this. The ambassador price indicates that we are being appreciated for this. “

Agrico sells seed potatoes in 85 countries. East Africa will be one of the focal areas of the cooperative in the coming years. “From Kenya, we hope to become active in neighboring countries such as Tanzania, Uganda, and Rwanda. That takes a lot of time, especially to get agreement on phytosanitary issues. This is not an insurmountable problem for us as a cooperative. Members of our cooperative understand that market access requires time and therefore costs money. “

Just as Agrico is active from Kenya in the surrounding region, that applies to China. Van Hoogen: “With local partners, we are increasing our varieties in China. Then we can reach Thailand and the Philippines with our seed potatoes. Potato consumption is growing strongly in those countries. Also in Southeast Asia, I see perspective for our cooperative. “

In the European Union, there is intense debate about the admission of breeding techniques such as CRISPR CAS and Cisgenesis. Van Hoogen is not hopeful. “I do not expect Brussels to give permission for these techniques in the short term. That is why we stopped investing in this. We are fully committed to conventional breeding. “

At the Agrico cooperative, 700 consumption and seed potato growers are connected. The total seed area of the Agrico growers is 13,000 hectares, about one-third of the total seed potato area in the Netherlands. The company exports to 85 countries. Two-thirds of these exports go to EU countries. Agrico is the market leader in organic potato cultivation.